The answer is NO. 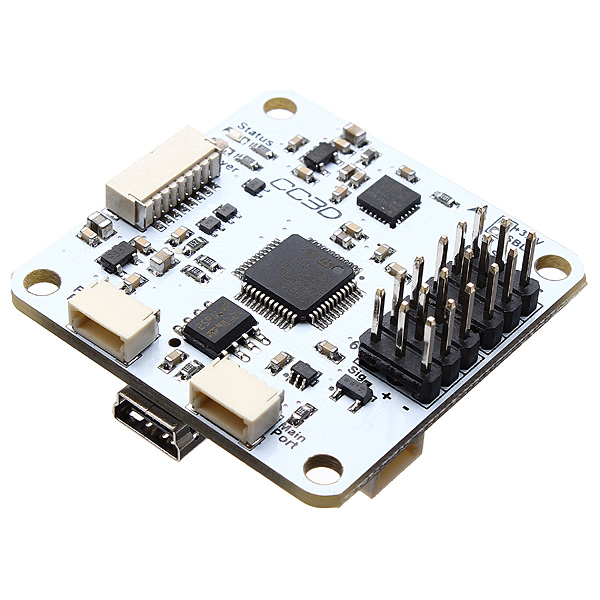 The CC3D was originally designed to run OpenPilot, one of the first multi-rotor flight stabilization software. Although in its time it worked very well, the OpenPilot was stagnant and at a certain moment simply was discontinued.
LibrePilot is its successor, created from the original OpenPilot source code, received few updates and today is only kept online, with no updates or improvements.

The new CleanFlight, BetaFlight and Inav software now support the old CC3D board, but this support lasted only a short time, as systems became increasingly complex and required hardware capacity beyond what CC3D was able to provide.

Equipped with an STM32 F1 CPU, 6 PWM outputs and two UARTs, CC3D have obsolete hardware and is unable to run the latest versions of BetaFlight, CleanFlight and Inav.

Until BetaFlight version 2.9, the developers provided a firmware image in “bin” format for CC3D, which could be loaded directly by LibrePilot to the Flight Controller board. But since this version, the firmware has become too large and to load the image into the memory of the FC, an FTDI adapter is necessary (because the controller does not have an integrated serial / usb interface, and it was emulated by software).
Even with the FTDI technique, BetaFlight only maintained support for CC3D until version 3.1.

Among the new features that are not supported by CC3D are:
– Refresh rate greater than 1KHz
– DShot ESCs
– Led Strip
– Buzzer (beeps speaker)
– Dynamic Notch Filter
– Crash Recovery
– Antigravity
– Telemetry for VTX (Tramp or SmartAudio)
– Unbreakable Bootloader (you need to use FTDI to upgrade Firmware)

Nowadays (beginning of 2018), the most suitable flight controllers for mini-drones are those equipped with F3, F4 or even F7 CPUs.
F3 CPUs, although they are beginning to enter the obsolescence period, still manage to run all versions of the flight controller software, without giving up any new features.

So if you were in doubt, whether to use a CC3D or not, the answer is NOT. If you can, avoid using it.

Previous: Cheapest mini quadcopter parts list
Next: How To Choose a Good Flight Controller Board